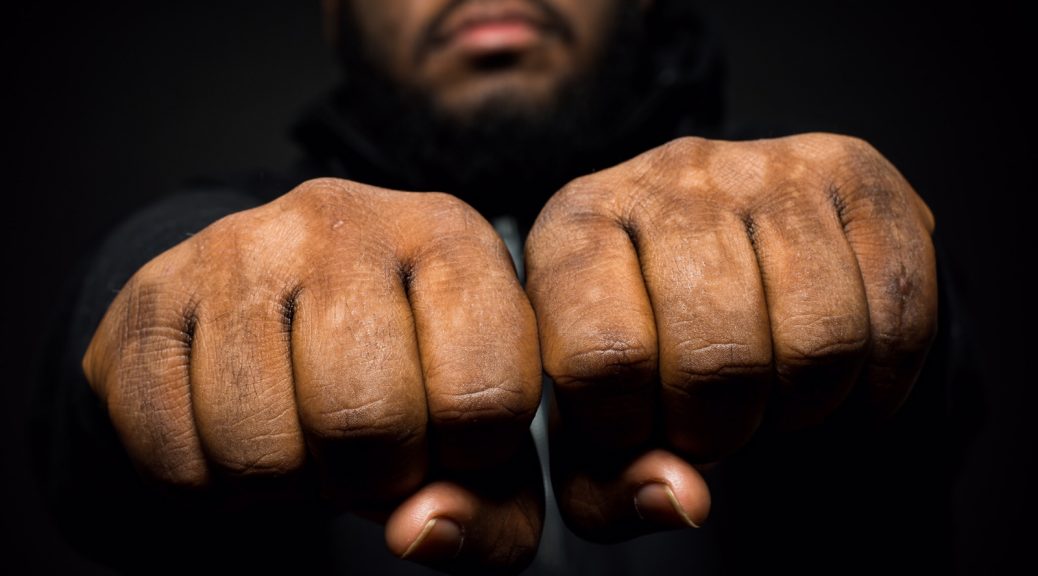 Jersey-raised, Ron Faison is one of the sweetest gentlemen you will ever meet. But don’t let that fool you.  He is sharp and known to be one of the top show producers today. He takes us down memory lane of his humble beginnings and shares light on the safety of creating a show, the importance of relationships and how he deals with the stress of his work. Explain what you do.

I do show production, but sometimes ends up being staff management. I also book artists and contract sound and lighting and everything that has to do with the show to make the show work.

How did you get into that?

Originally, I was a musician. I still am a musician and I was playing for several artists. I saw something on TV with one of my friends who was playing for a younger artist and he looked old on stage. I don’t want to be him, so I have to figure out what else I can do in this lane where I can still be involved with shows and still make good money, but not have to be the dude on the stage be playing the instrument. That’s how I got into show production. I said ‘Maybe I should start going at that lane and I did. And that was probably ten years ago.

What was you doing as a musician?

I was a music director. I worked for 7 Streeter, DipSet, Case, K. Michelle, and a bunch of artists. It’s been a lot of artists’ I’ve played for. My resume as a musician is pretty heavy. I did Yandy’s and Mandeecee’s wedding. I was their music director.

I started playing in church. I had an “ear” for music, so I didn’t go to school until later. I was already playing there before I went to school. I took some classes at New School University to further along my music theory.

You were playing piano?

Yeah. When I was 13, I was already playing piano in church. Kid Capri moved on my block when I was younger in Jersey. People don’t know he was an accomplished producer. It was a time when the industry was sample heavy. Kid found out that I can play keys, he took me on tour at age 15 and that’s how I got into the industry.

Are you now actively doing show production at stage 48?

No, I don’t only work at Stage 48, we produce shows, everything, everywhere like African Music Fest this year and Welcome to the Zoo tour by Fetty Wap earlier this year. The places change and the people change depending on who’s cutting the check.

You must have a lot of avenues to make some money in the industry. But you don’t need four or five lanes because this seems strong for you.

The thing is how record sales are and the way the industry is, people aren’t making money off sales anymore. They are, but not how they used to. They are really capitalizing on shows and other avenues to use the brand to make money. So, with people doing more shows than before, it’s a requirement now. You can’t be an artist and not doing shows. So, it works out for me because I always get work.

What’s the beauty and not so beautiful side of being in show production?

The beauty is meeting more people and be hands on with them, building relationships, seeing artist from doing Stage 48 to doing Barclays Center. I’m watching artists, especially in our area, on their way up. I watch dudes like Fetty Wap. I remember I was doing Stage 48 one year like July and by the next year we were on tour.  Stage 48 is too small for Wap right now. That’s the gift!

How you feel about when artists only care about the money and almost on nothing else? Do you need to humble their selves more?

Part of it is business. You are about your check and I’m about mine, whatever.  But people get support on other things you have going on. Especially, when it was year ago, or a time ago, money didn’t come so easily, so you shouldn’t take that for granted or people for granted. Artists and show producers should look at it that way. Some artists, I have personal relationships with where I go to their house for Christmas dinner and then some I’ll see them when I see them. Some don’t even know my name.

Oh wow, are you OK with that?

Its fine. It’s business at the end of the day. It’s cool.

But you’re not that kind of person. Your very humble and sweet. So, we need more people like you. I know it’s cut throat in the industry.

People will betray their friends in one night or one day.

How are you able to book a well-known or upcoming artist for a show?

Again, it’s through relationships. Even the upcoming artist have to come for guidance. I’m always linked to an artist somehow, but it’s all relationships. I’m just blessed to be able to be in reach. I feel everybody is within reach. Especially with social media, you can always find a way to reach anybody. Thank God I have a good enough rapport with people.

A regular day, I will be finding out what the artist needs. I’m communicating with the lighting company that I hired. That’s easy. It’s a phone, laptop and WiFi. But the actual show day, you have to do everything you planned out in a day and that’s the beauty. I must get the place depending on the size of the show. I may have to be there 7am or 8am to make sure the stage and lighting is being set up properly on how I ordered it. Once the stage is set up, it’s hard to change it! And you don’t what the artist to ask for the stage to be a certain way and when you come in late and they come in, everything is wrong, they don’t have to perform. It’s important everything you agreed on, is right. Some artists ask for things that aren’t necessary, but whatever you agreed on have to be right so you don’t have problems later on. My regular day, I’m at the venue early, make sure things are being set up and sometimes after that I have someone do hospitality meaning their dressing rooms, etc, have some break time and get ready for the show to begin. Start shows on time to the best of your ability because some places will give you a fine! When you got to be there 7am and don’t go home till 1am, it’s a long day.

You got to go in centered and focus and as organized as can be. It’s always a team of us. My partner Lenny, got me into shows. We know 3 days in advance what we are responsible for. Prayer is important to me. Things get hectic, I take a bathroom break or I’ll pray on the spot. It’s what I need at times. My relationship with God helps me stay grounded.

LGT Entertainment is Lenny’s company.  I owe him a lot like Kid Capri. Lenny is like 13 years older than me. I’m 34. And he is from my home town, very instrumental. A lot of my relationships come from what he was doing – show production.

What advice can you give for students, entrepreneurs, or anyone who are trying to tap in the business as a show producer for a career?

I would advise them to cherish every relationship even if it’s just business. Always move with integrity and be nice to everybody because you will cross paths again! I had to deal with the same people over again. So, don’t be an asshole when you have security behind you in a venue and you have to see them again at the holiday party because it will be you and them! Treat everybody with respect, the same way you would want. It’s OK to be stern, but still be respectful.  A LOT of my work comes because I have worked with somebody and they say, ‘let me work with this guy because we know he’s levelheaded and not wilding out.’ Keeping good relationships is very important. Probably more important than being good at your job. You can be the greatest production manager in the world or 100% on point but if you can’t maintain a relationship, it’s a waste.