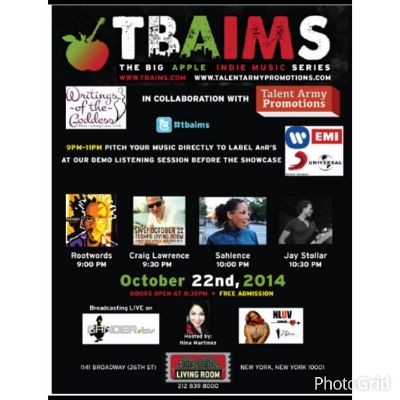 Five acts have hit the stage performing three to four of songs that will get the audience moving and talking about them long after the event is over:  Funk ,soul, rock band – SugarBad (sugarbadmusic.com), Swedish rapper – Rootwords, alternative rock artist – Craig Lawrence (craiglawrenceonline.com), R&B artist – Sahience, and alternative, soul – Jay Stolar (jaystolar.com).  What a night of excitement!  You better come out to next one November 16th.